On Wednesday 22nd June 2011, we hosted our second “Window on China Day” to help celebrate and promote Chinese culture within Stewards School and the local community.

The day was split into 5 workshops. Firstly pupils discussed why China has become a very important country, pupils considered which goods we take for granted, are actually made in China such as televisions and mobile phones. Pupils then had the opportunity to learn some basic Mandarin phrases and words to help them develop an understanding of how complex the language can be.

Pupils also had the chance to learn how to do traditional Chinese brush painting, a very hard skill to master. Miss Dai Xu led pupils in a Tai Chi workshop using film to instruct pupils of the importance of Tai Chi and other martial arts in Chinese culture. Pupils then had the chance to try some Tai Chi movements, including the use of fans. The final workshop involved pupils learning how to do traditional Chinese origami and paper folding with Mrs Yaxin Liu. To add to the flavour of the day, an excellent Chinese lunch was provided Mrs Webster and the school canteen.

The day was very enjoyable and rewarding. Pupils were given an excellent opportunity to work with Chinese teachers to learn directly from them about Chinese language and traditions. 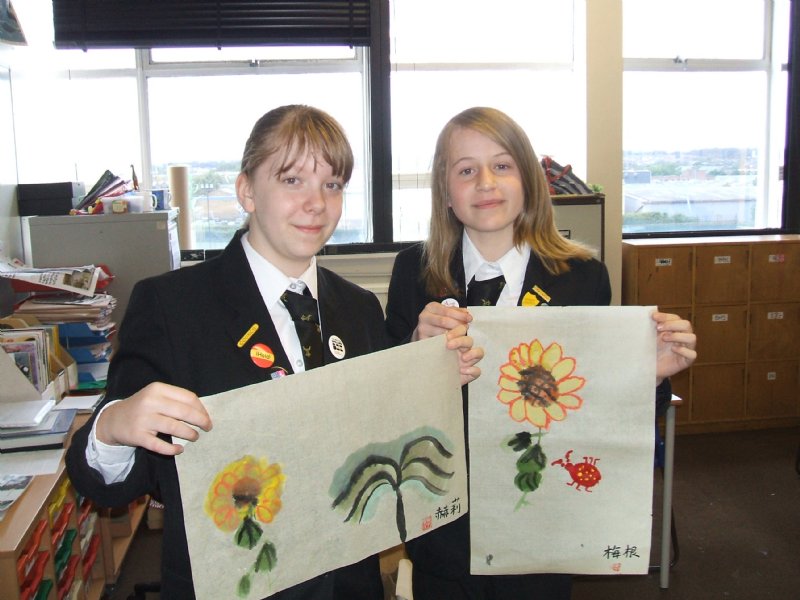 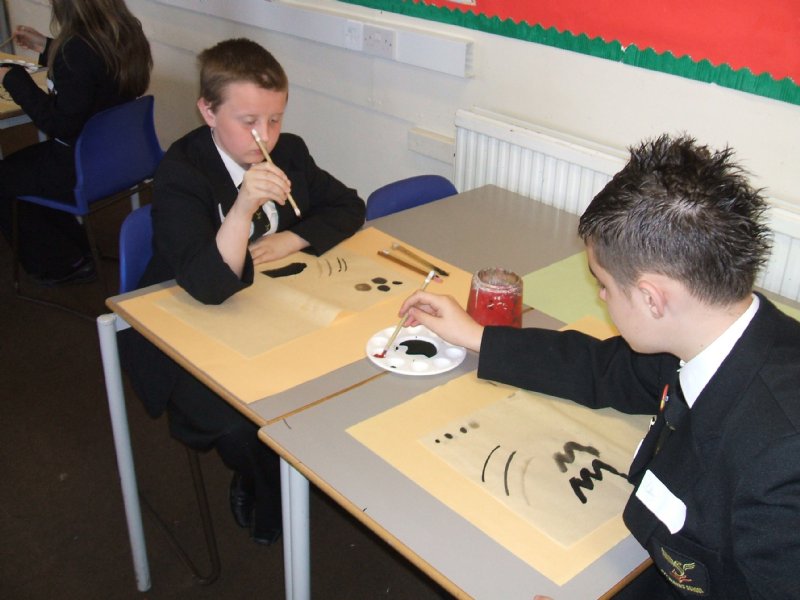 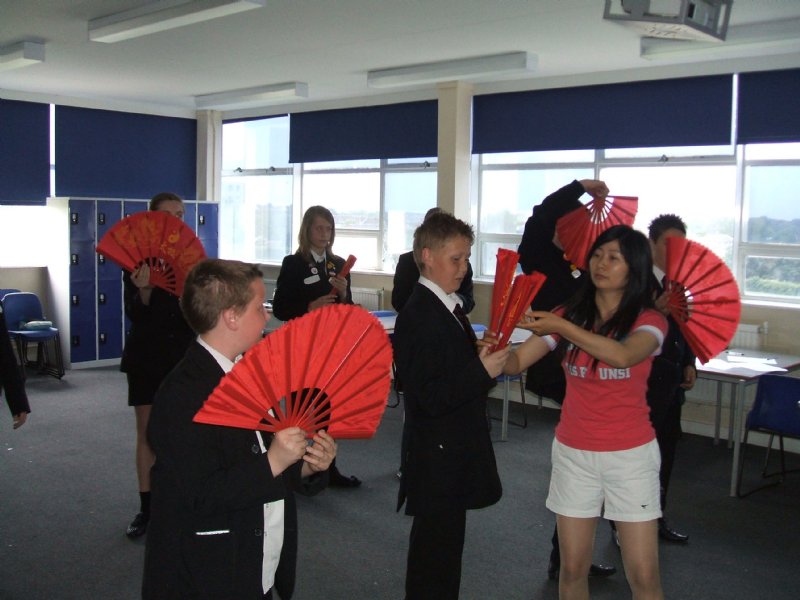 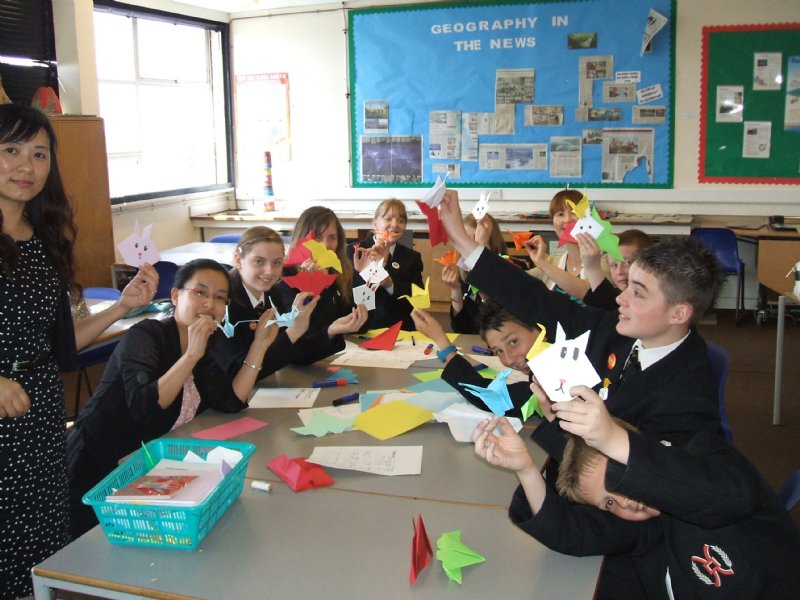 Pupils showing how Origami should be done!