On Wednesday 6th July, we hosted our first Arabic Day for Year 7 pupils. 16 pupils from Year 7 were invited to take part in the Arabic Day as part of the Africa week celebration.

On Wednesday 6th July, we hosted our first Arabic Day for Year 7 pupils. 16 pupils from Year 7 were invited to take part in the Arabic Day as part of the Africa week celebration. The Arabic Day aimed to give pupils a more informed view of the Arabic world and challenge their misconceptions about the Middle East. Pupils were given the opportunity to explore and experience Arabic culture, food, language, religion, music, art, history and traditional Egyptian dance.

Firstly pupils were asked to describe their impressions of the Arabic world and the Middle East. Pupils discussed and wrote down their ideas about the Arabic world and we hung these around the room as a comparison for later in the day. Pupils then started to explore the Arabic World by identifying which countries actually belong to the Middle East and what defines someone as being Arabic. We also considered what important goods come from Arabic countries such as fruits, foods, cotton and oil.

Ms Mohamed then helped pupils to appreciate Arabic culture by giving them a ‘very hands’ on workshop on Egyptian dance. Pupils were each given simple traditional dress to wear around their waists and then performed simple dance moves which were greatly enjoyed by all. The language of the Arab world was explored as pupils learned counting and spelling out their names. We discussed religion in the Arabic world and pupils learnt that although most Arabs are Muslim’s, a large number are also Christian.

We discussed the importance of Islam with Nassim Saidy in year 10 who very kindly spent some time with us and also with Mr Abedin. Pupils also tasted traditional Arabic food such as couscous and beans. Finally, the girls were allowed to wear traditional head scarves. Pupils greatly enjoyed their day and learnt how varied, rich and interesting Arabic culture and the Arab world really is.

“Educational, funny and cool. I have learnt a lot and enjoyed the day. The dancing was funny and so was trying on the head scarves. Learning about the religion was interesting.” Tayla Leathers 7VM

“Amazing, inspirational and the best it could possibly be” Joseph Thomas 7MT

“Fun, exciting and educational. I thought it was a good experience and it could not have been any better. I would definitely like to do this again” Emma Piper 7VM

“Interesting, fun and informative. Can we have Arabic week?” Megan Jenkins 7JJ 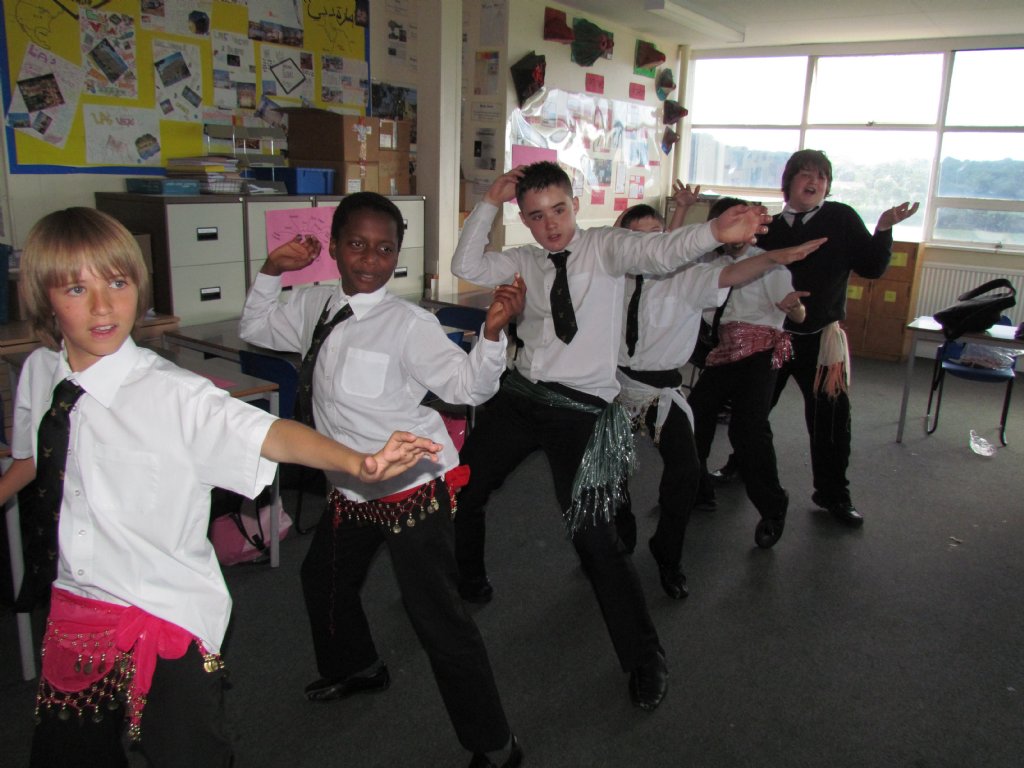 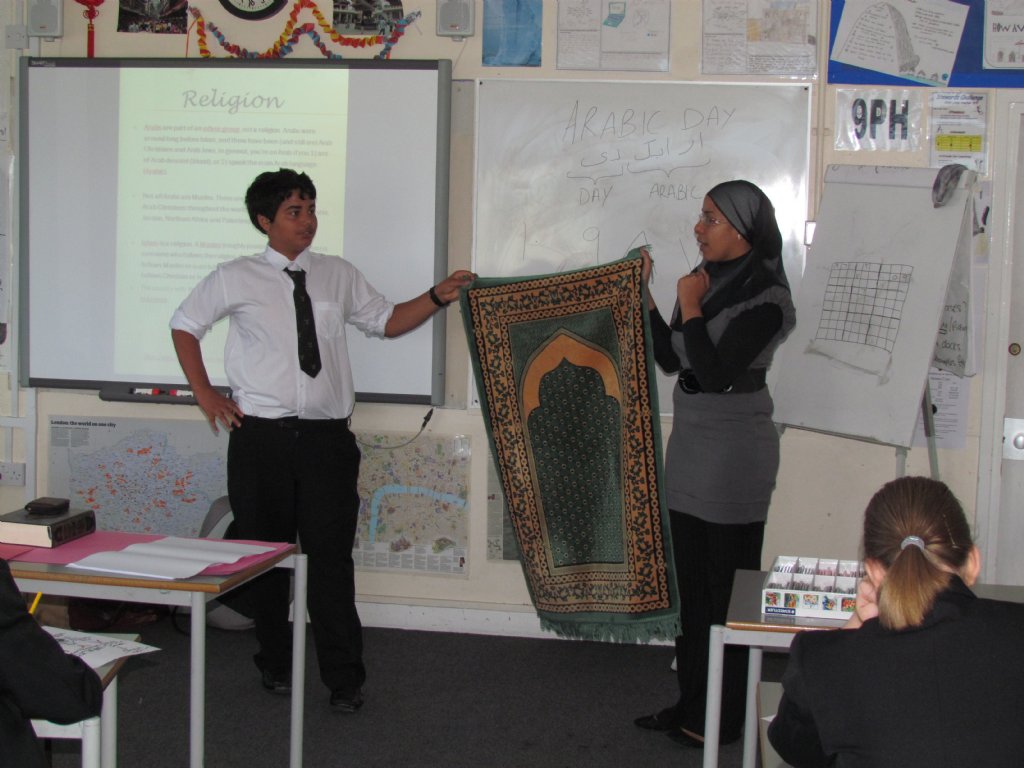 Nassim and Ms Mohamed talking about the importance of Islam in the Arabic world. 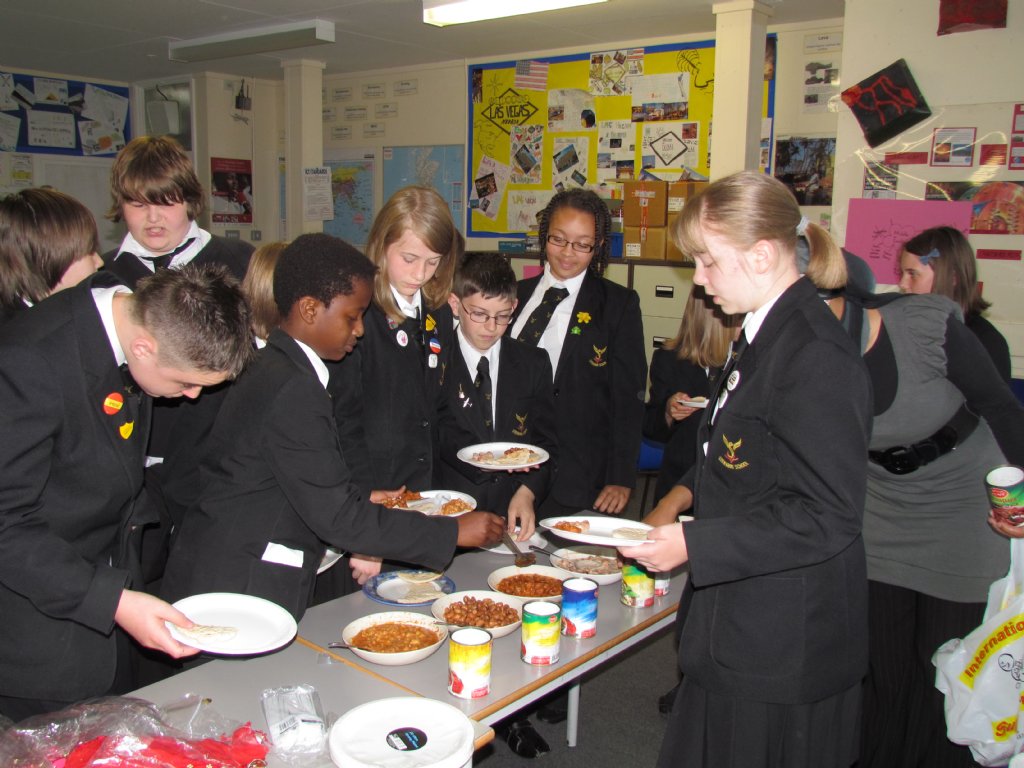 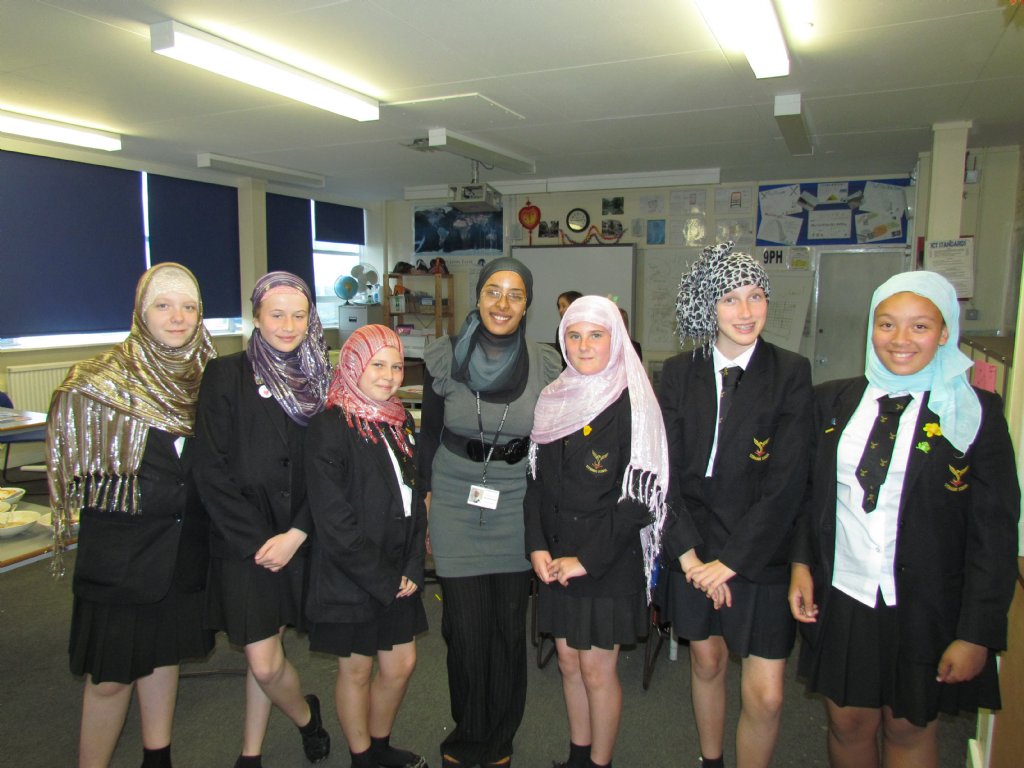 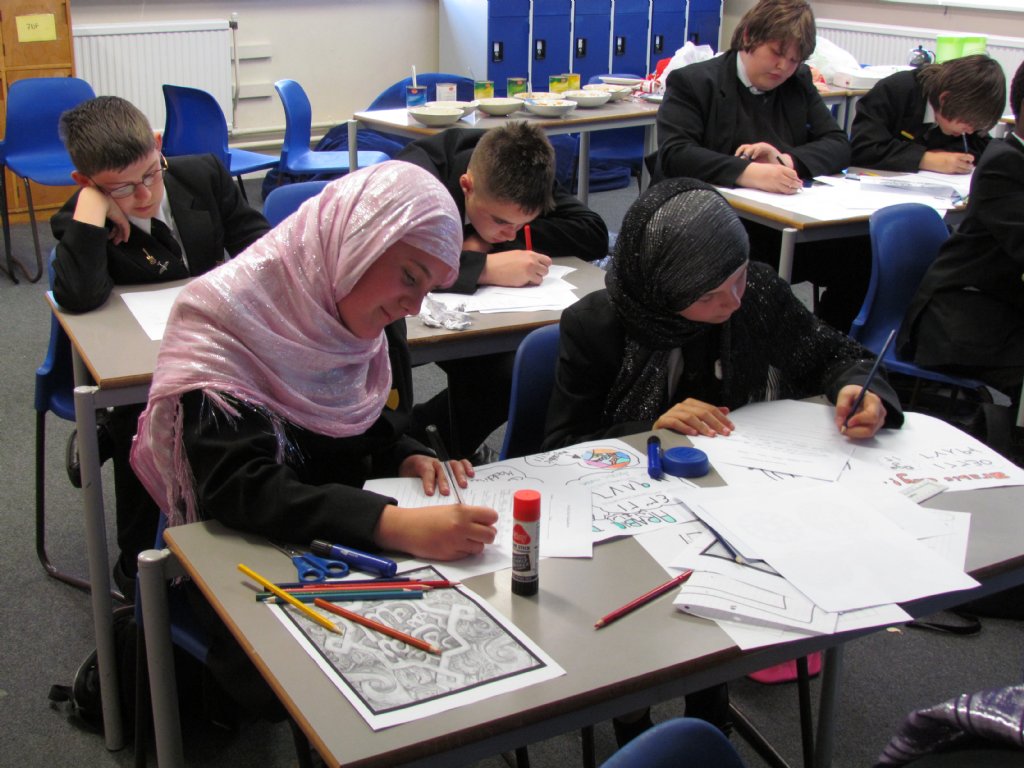