Thankfully the rain stopped and the Sun shone in time for Stewards’ Community Sun Watch Evening. Andy Gannon our resident astronomer brought along his telescope and demonstrated how we could view the Sun safely.

Thankfully the rain stopped and the Sun shone in time for Stewards’ Community Sun Watch Evening. Andy Gannon our resident astronomer brought along his telescope and demonstrated how we could view the Sun safely. It is very dangerous to look directly at the Sun through any optical instrument. The safest way is by solar projection, a method that involves projecting the Sun’s image through an optical device like a telescope onto a piece of clean white paper. Using this method the Sun’s image can be clearly seen and photographed and day to day comparisons can be observed and recorded.

During our observation we saw several Sunspots, temporary features on the surface caused by intense magnetic activity inside the Sun. Sunspot numbers indicate the Sun’s general active state; at the moment the Sunspot populations are approaching the solar maximum on a cycle that lasts 11 years. An inactive Sun may cause colder than usual winters whereas an active Sun may produce larger solar flares. Solar Flares are eruptions on the Sun’s surface which blast large quantities of ionised material out into space. If the Earth passes through this material it could devastate technological systems throughout the world. To prepare us for this catastrophe the Sun is being monitored on a continual basis by  space observatories for example SOHO (Solar and Heliospheric Observatory), a spacecraft built by ESA ( European Space Agency) and NASA was launched in 1995 to study the Sun . On  7th  June 2011 SOHO witnessed the Sun unleash one of the most spectacular solar flares ever observed ; the ionised material expanded to a volume some 75 times larger than the diameter of the Earth. Thankfully the Earth skimmed the edge of this material as it blasted its way through space or it could  have caused  massive destruction of our electronic systems.  To see the solar flare visit : sohowww.nascom.nasa.gov/

PHOTO: Stephanie Pope (Year 7) looking at an image of the Sun. 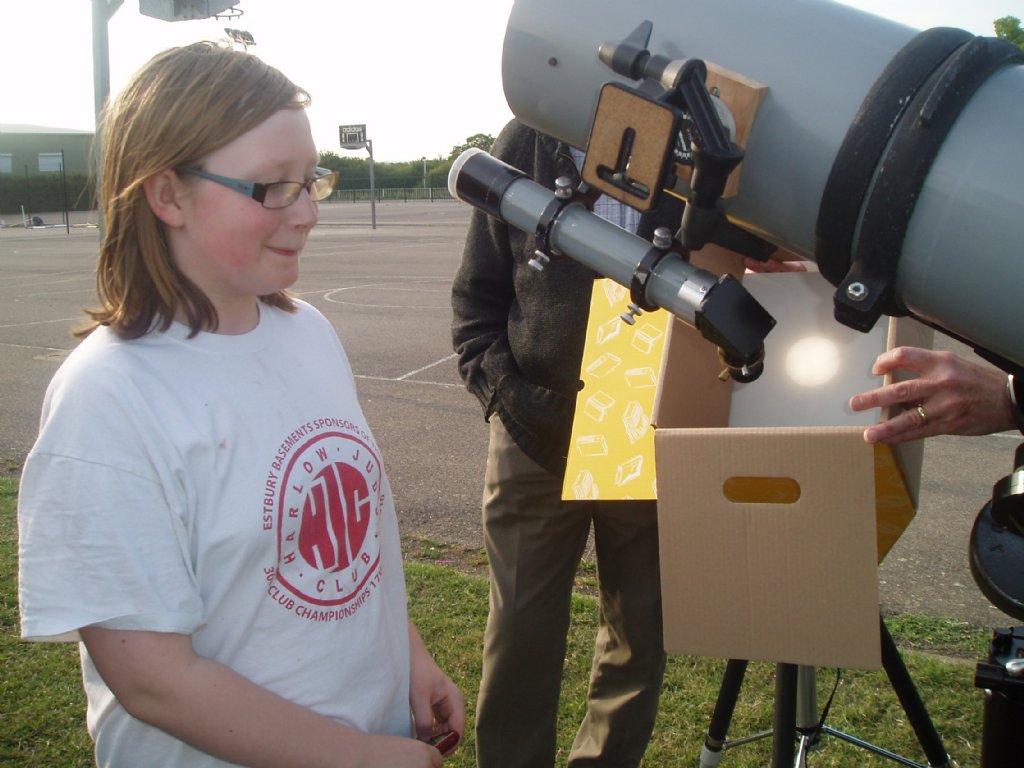 PHOTO: Andy Gannon, resident astronomer, adjusting the image of the Sun through his telescope. 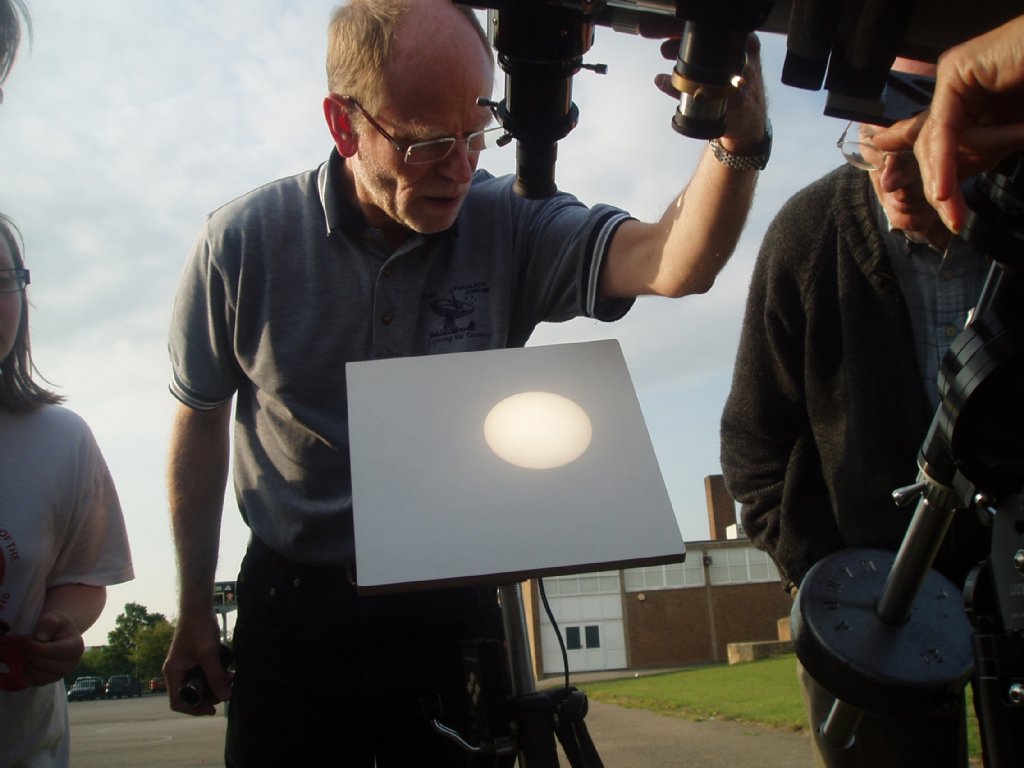 Quote:  Stephanie Pope (Year 7) : ‘The Community Sun Watch was a huge success. Andy Gannon’s talk was fantastic and I learnt a lot about the Sun, especially about the solar flare on 7th June 2011 !’