Year 9 GCSE History students went along to the Harlow Playhouse last week to commemorate National Holocaust Memorial Day, with a special screening of a film which told the story of the Kinder Transport Movement. This saved the lives of thousands of Jewish children by bringing them out of Nazi Germany by train, via several European countries, and ultimately to England, before the start of the Second World War. England was the only country to pass special legislation to allow this to happen.

There was a very special guest present at the Playhouse on the day of the film, Lily Brierley, now 87 years of age, who was one of the children who had to leave her original homeland of Austria, via Prague, to come to England as a child. Lily answered questions from the children who were very moved by her experience and deeply touched by her bravery. The Playhouse was full of children from primary and secondary schools across Harlow who were all visibly affected by the stories they heard. Afterwards the pupils met Lily and her son Neil who were full of praise for the empathy and understanding of the pupils, and future meetings between them are now being planned.

Mrs Erwood MBE said “As an historian it is vital that we encourage young people to understand what lessons the past teaches us, in order to ensure that events such as the Holocaust never happen again.” 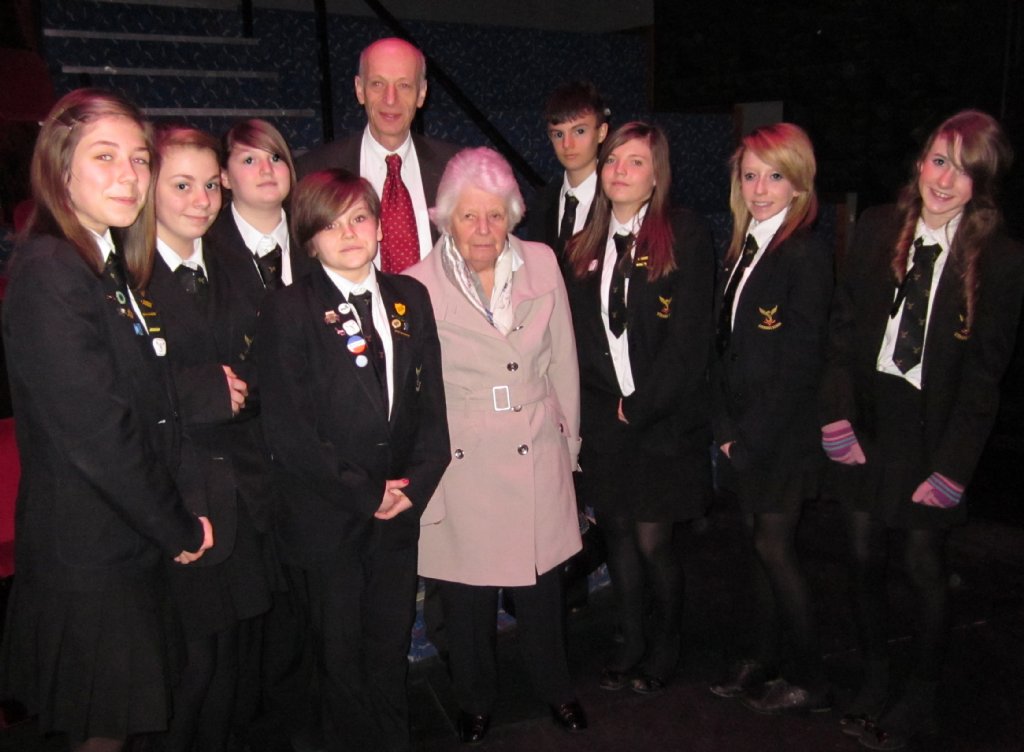 Year 9 History students with Lily Brierley and her son, Neil