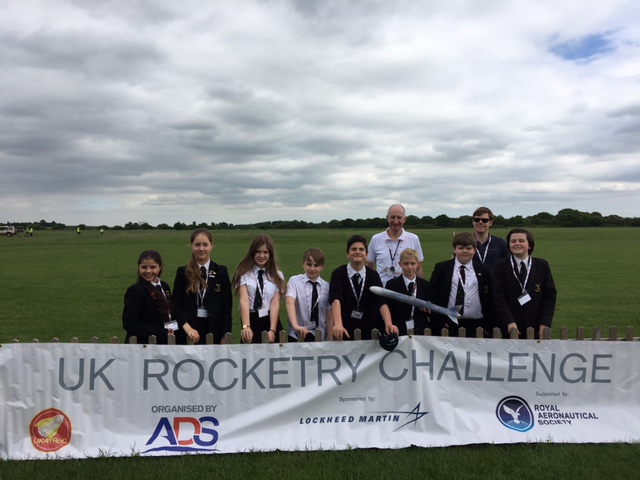 Eight students from Stewards Academy competed in the 2017 ADS UK Youth Rocketry Finals at Stow Maries Aerodrome. Following a fourth place position in the South-Eastern regional finals the group had a challenge on their hands against nine other regional finalists from across the country.

The ‘The Bomb Squad’ rocket had to be capable of transferring a raw egg to an altitude of 775 feet and then safely returning it to the ground via 2 parachutes, all in the time range of 42-45 seconds. The aim was to score as few points as possible. For the qualifying flight the rocket  " The students involved have represented Stewards phenomenally and it was a privilege to have bought them to the competition.  It's fair to say that we all had a blast!"