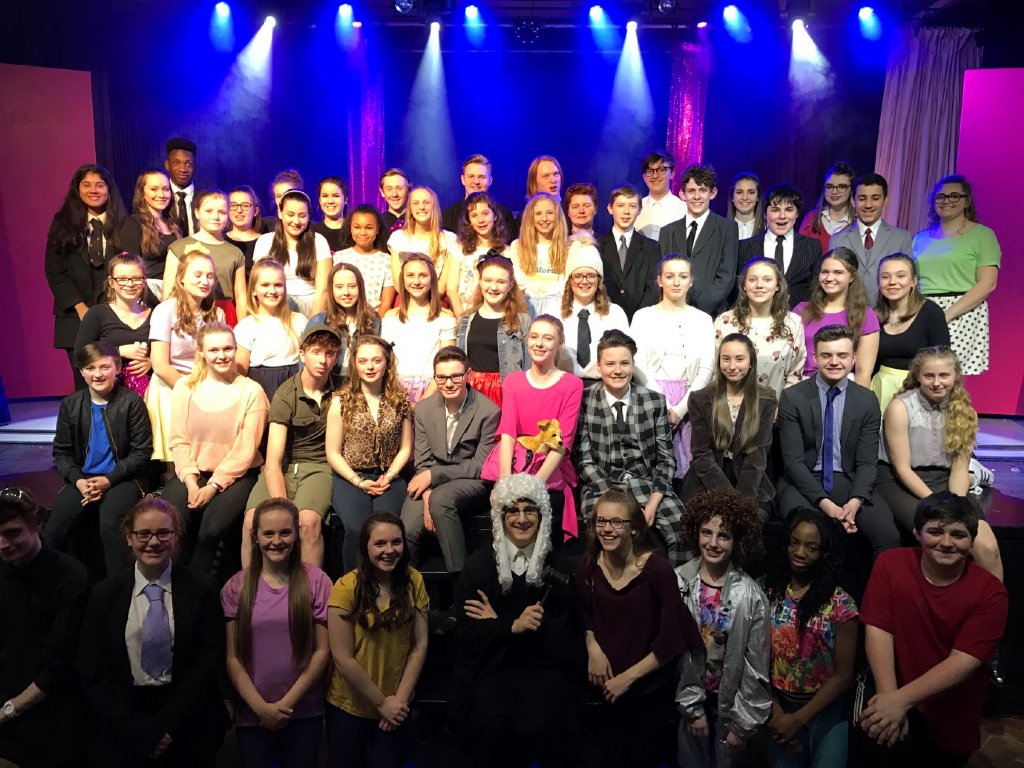 Stewards Academy rocked to the rhythm of the 'Legally Blonde' production for five performances this week. Pupils from local primary schools attended the show on two consecutive afternoons, as did the public who came along on three evenings to watch the journey of a young American law student. Who happened to be female, and blonde!!

Sixty pupils were involved in the production which was a singing and dancing extravaganza. The star of the show was year ten pupil Jamie-Leanne Wheatland as Elle, who went to Harvard to follow the man she loved, having discovered that Warner - year eleven pupil Mac Favell - did not consider her to be 'serious' enough to be considered as potential 'wife' material! Seasoned year eleven performers such as Hannah Furness took on the role of Paulette, who guided Elle in her journey to find her inner resilience. It was not long before Elle discovered that her boss Mr Callahan - newcomer to the stage year eleven pupil Jack Patten - was not really interested in her legal qualifications!! But more interested in her looks! However eventually love conquered all and Elle realised that Emmett - year ten pupil Freddie McCann, another newcomer to productions - was the man for her. Paulette also finally found the man of her dreams in Kyle - year eleven pupil Johnathon Martin. And Elle was able to prove that she was a worthy legal counsel for her client Brooke Wyndam - year ten pupil Emily Oliver - when she solved the murder case and was able to prove who the real culprit was - Chutney, year eight pupil Charlotte Goodenough!

The production was as always a real highlight of the Stewards calendar. Although Director Ms Thurley was not able to be at the production, Producer Di Johnson spoke on behalf of the production team when she congratulated the pupils on their hard work over several months. Special mention was made of sixteen year old Emmanuel Ekezie, who has only been at Stewards for three months, yet his skills and expertise were invaluable in the technical operation of the show. Ms Johnson also thanked Ms Murthar for her unstinting support of Performing Arts over many years.

Headteacher Rhonda Murthar said: 'As always, the cast and backstage crew have put on a fabulous show which exemplifies everything that is so special about Stewards. These children will remember this experience for many years to come, and the friendships they have forged across year groups will enrich their lives. I may be retiring this summer, but the Stewards annual production will always be a date in my diary.'