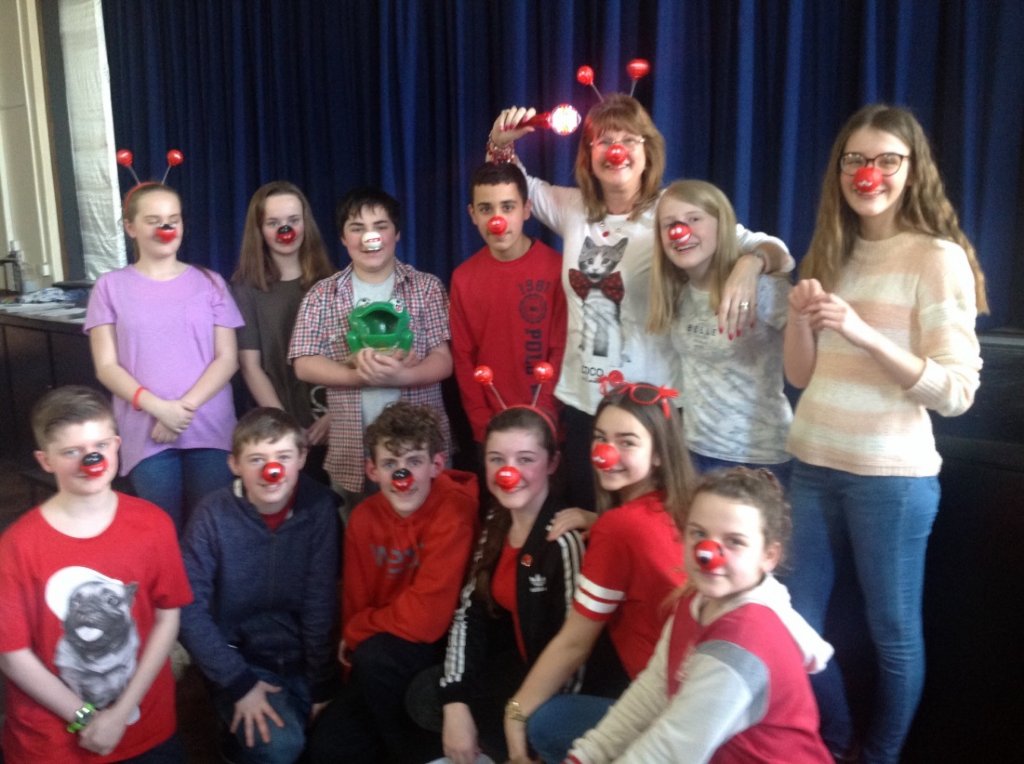 Stewards Academy year eight charity representatives excelled themselves on Red Nose Day as the Academy raised over £1000 for the charity. Children made cakes and were sponsored for a variety of fundraising ideas. Year 7 had a talent contest where extra money was raised and children were able to show off their wide range of talent. As always Deputy Headteacher Mrs Erwood went around school with her 'frog' collection pot and almost £400 was collected from staff and pupils, in addition to the non-uniform money which was raised.

The photo shows the 8 Charity reps with Mrs Erwood.