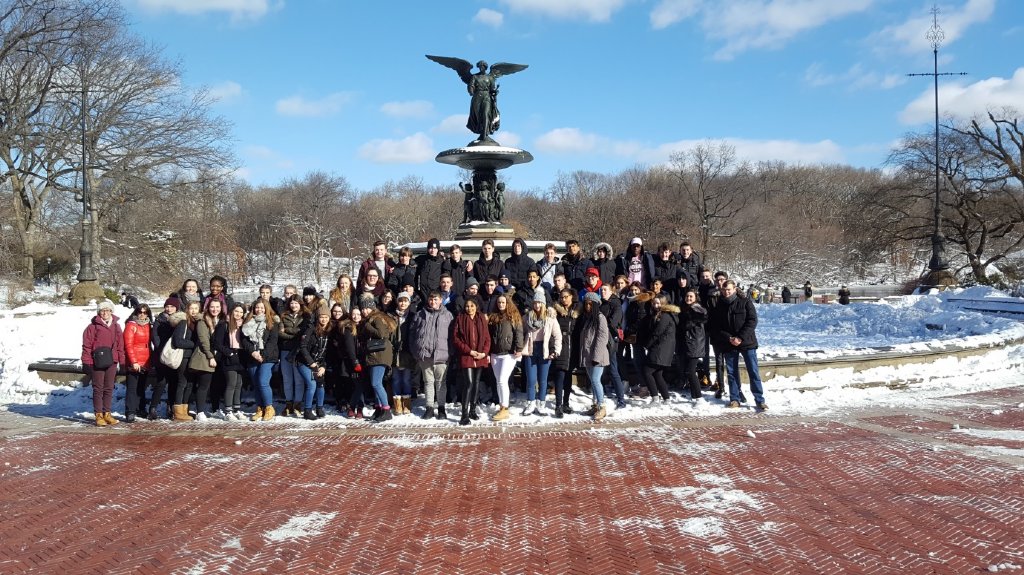 Stewards Academy’s annual trip to New York was an eventful one this year. After a 5am meet on the day of travel the students were very excited to touch down in New York hours later. Little did we know however that a winter storm was about to hit the East Coast!

We awoke on the following morning to some of the heaviest snow many of the pupils and staff had ever seen. Undeterred, the 54 pupils and 5 staff braved the elements on their excursion of the famous city.

The trip included a visit to many of the key sites that often feature on TV and film; the Staten Island Ferry with a very restricted view of the Statue of Liberty, the World Trade Centre Memorial, Brooklyn Bridge, Times Square, Strawberry Fields and Ice Skating in Central Park. There was also plenty of retail therapy with students exploring Canal Street and 5th Avenue. One highlight of the trip was Ellen’s Stardust Diner where the staff performed to diners throughout the meal!

One student said: “I had an absolutely amazing time. It was great to see all the places I have seen in films. I would love to go again when I am older.”

Mark Harman, trip leader, said: “The pupils had a fantastic time even with the difficult conditions. Many now want to go back after enjoying all that New York has to offer.”