Visit to the Imperial War Museum 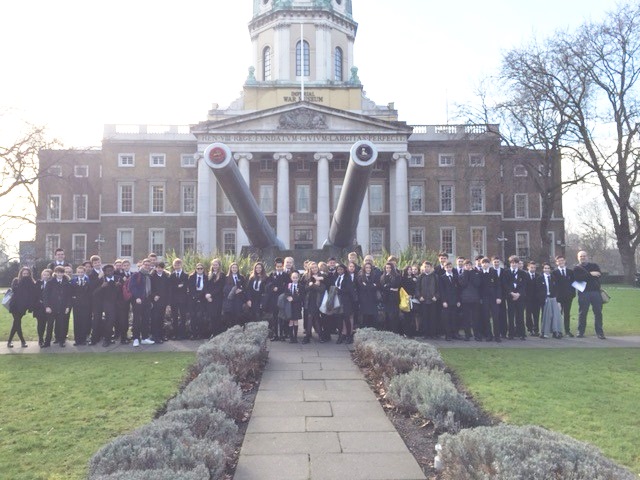 Fifty year 9 students from Stewards Academy found a recent trip to the Imperial War Museum in London an engaging and thoughtful experience.

The purpose of the visit was to give History students an opportunity to broaden and deepen their understanding of how warfare has progressed over time. The students visited the various exhibits in the museum including: the Secret War, Peace and Security 1945-2014, Turning Points 1934-1945 and the spectacular First World War Galleries.

All pupils and staff thoroughly enjoyed the trip with many commenting on how informative an experience it had been.

One student said: “I was shocked at the size of the Berlin Wall.  Seeing the artefacts in the museum really made what we had learnt come alive.” Another said: “I loved visiting the World War One Galleries.  It is really sad what people had to go through during the war.”

Jamie King, Subject Leader for History, said: “The trip allowed pupils to study the development of warfare in more detail. They were able to investigate a variety of conflicts from the First and Second World War to modern wars such as Iraq and Afghanistan.”