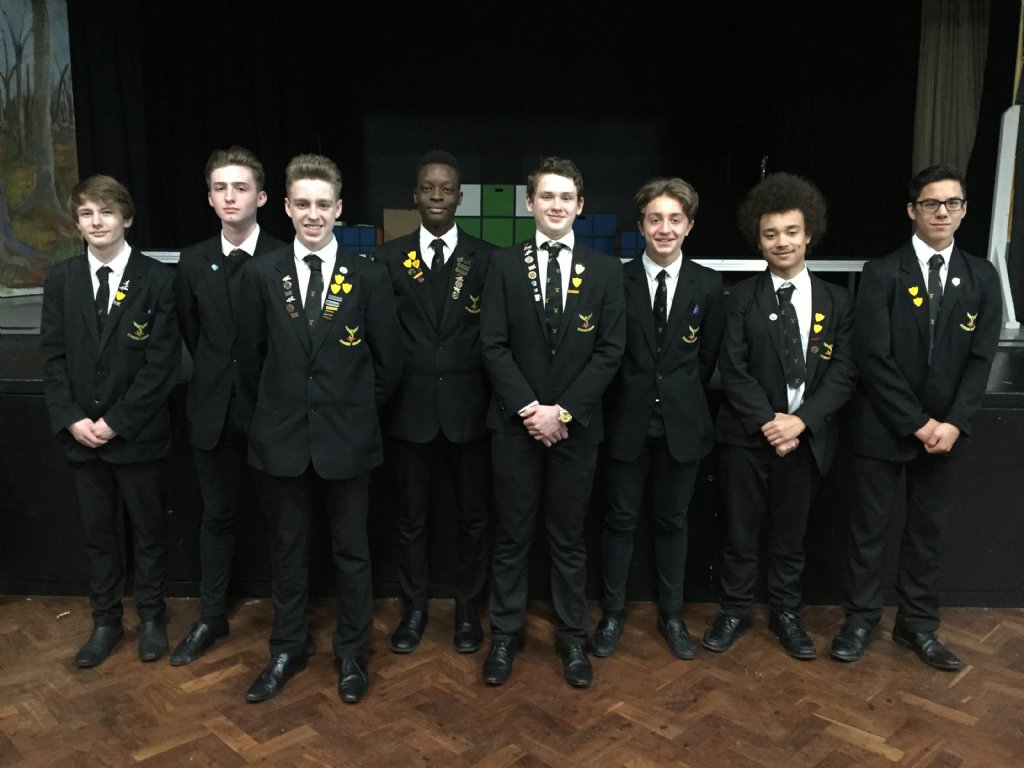 Eight extraordinary young men from Stewards Academy put their best feet forward on Saturday, 19 November, International Men's Day, to walk from Harlow to Buckingham Palace in aid of the charity CALM, the Campaign Against Living Miserably. Head Boy Callum Morgan and Senior Prefect Edward Thomas not only reached the palace, along with Deputy Head Boy Wilson Jokonya, Louis Cousins, Aaron Strachan, Ryan Lynch, Ben Humphries and Ronny Gisbourne, but Callum and Edward also walked the return leg back to Harlow. An incredible round trip of 50 miles!!

The year 11 boys organised the fundraising walk themselves to raise vital funds for the Campaign Against Living Miserably, a charity which offers men support and information when they are down or in crisis. This is one of the charities associated with the Heads Together campaign, to promote emotional health and wellbeing, spearheaded by the Duke and Duchess of Cambridge who visited Stewards in September.

The boys had a target of £1,000 which they have now passed with donations at £1,700 and rising. Deputy Headteacher Marie Erwood said:

'These boys are incredible role models for all of us. To walk 25 miles in a day is a fabulous achievement in itself. But for Callum and Edward to complete the round trip has forged an indelible bond of friendship in them and it will give them a huge sense of pride and achievement for many years to come.'

One of the people who has inspired the boys in their endeavour is Jonathan Hewlett, ex pupil and former Governor of Stewards, now a senior executive of Diesel and working in Shanghai, who completed the unique Marathon des Sables earlier this year.

If you would like to support the boys with a donation on their justgiving page, the link is below.