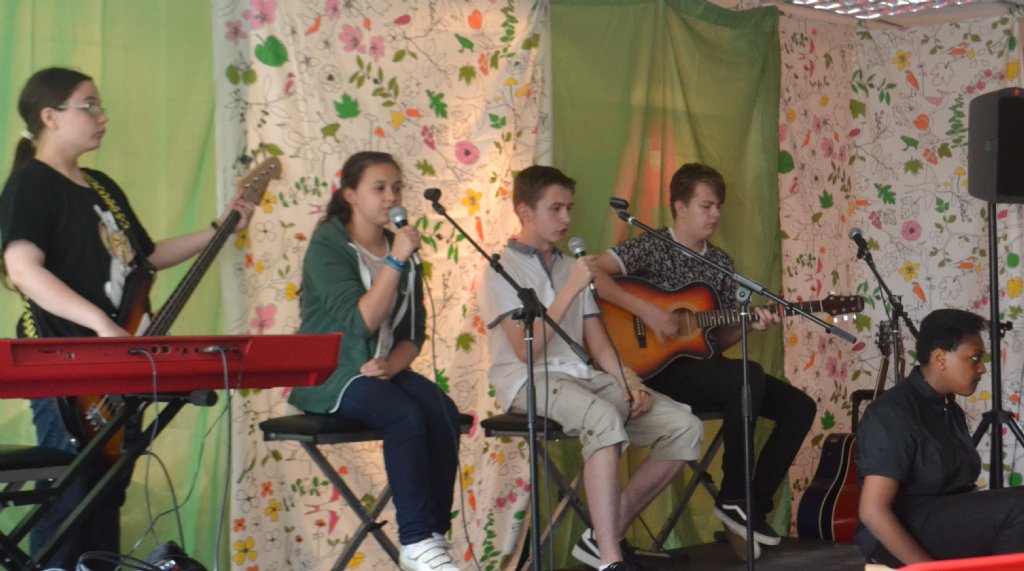 July saw Stewards Academy open its doors for Wonderland: The Stewards Summer Festival 2015, the first of its kind for the school. The large-scale festival was designed to serve as a spectacular community event and an incredible showcase of the inter- disciplinary work of pupils and staff across a range of subjects.  For one day only, Stewards Academy was dramatically transformed into the breathtaking world of Lewis Carroll’s extraordinary novel, Alice in Wonderland, in celebration of one- hundred-and-fifty years since the story first captured British hearts and imaginations.  Two-hundred of Harlow’s talented young people across all year groups, both from Stewards Academy and Dance Fusion, a local dance school, were involved in the event. Some donned elaborate costumes as Character Hosts, providing a charismatic way of negotiating the festival for over five-hundred guests, who were also invited to transform their appearances with beautiful face-painting.  Others took to two performance stages to display their musical and dance skills, and deliver a glittering fashion show presenting styles from across the world; totalling over 5 hours of entertainment. In addition, surprise acts took over the central space of the school quad.

The significant number from the Harlow community who experienced the festival is, in part, testament to extensive outreach to the town’s ten primary schools; many of the pupils of which experienced, and paved the way for their future involvement in the substantial programme of extra-curricular activity at Stewards Academy.

The success of this event signifies the supportive attitude that the Harlow community holds for the development of the skills of young people across a variety of disciplines. In this way, Wonderland may leave a legacy that will see many of the young people who experienced it, from both within and outside of the school community, continue to contribute to the arts, sciences and culture, at school and beyond.  Wonderland: The Stewards Summer Festival 2015 is one of numerous large-scale events taking place annually at Stewards Academy. The school’s tradition of high-quality public performances was recently exemplified by a prestigious First Time Live concert in collaboration with City of London Sinfonia, one of the country’s leading professional orchestra; and a major musical production of Back to the 80s.