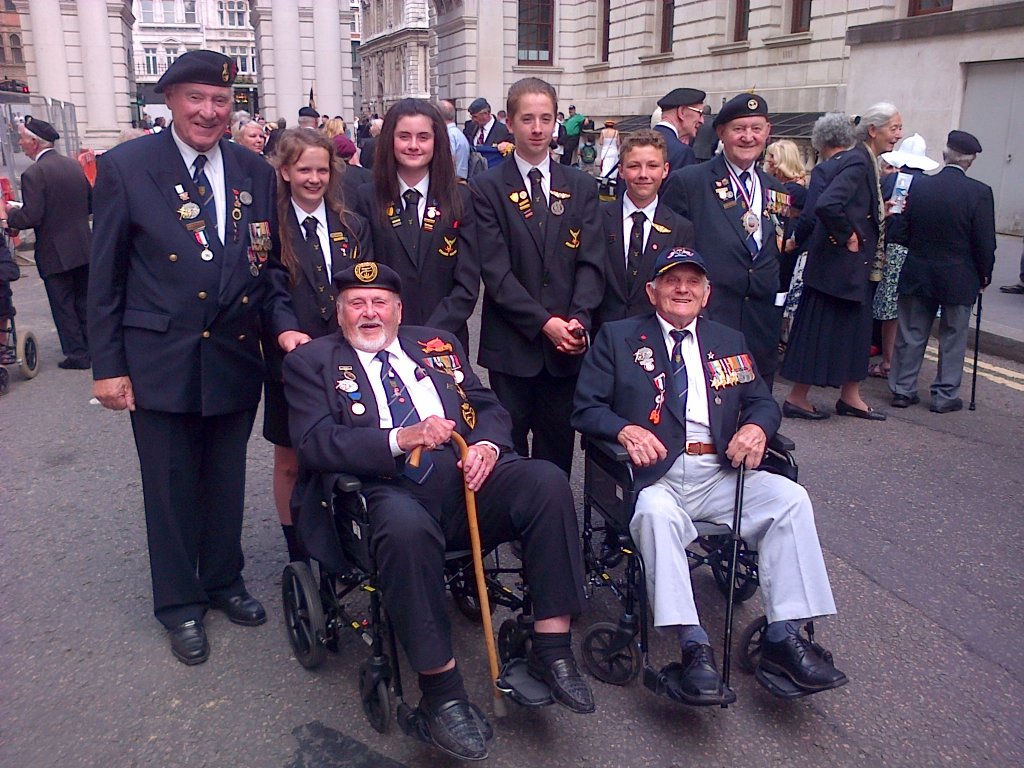 On Sunday 22nd June Stewards Academy was invited along to the Cenotaph for the Service of Remembrance for the fallen of the D Day landings in Normandy 70 years ago. The four pupils who recently travelled to Normandy with the Normandy Veterans Association were present, this time accompanied by their parents and families as well as staff from Stewards and 15 year 7 pupils. Chair of Governors Jeff Tarling also went along, knowing that his own father had been involved in the events of D Day. Governor Paul Rogers and his family also came along to show their support for the heroic efforts of the veterans.

Organiser Marie Erwood said ' 'This is the second such service we have had the honour to attend at the Cenotaph, and the impact it has on the pupils will stay with them forever. To see our pupils wheel the veterans who we have come to know and love, around the Cenotaph, wearing their Stewards Academy uniforms with pride, was very emotional. Their families and the staff and Governors and I were so very proud of them. We were the only school in the country to be invited and we did so with huge pride.'