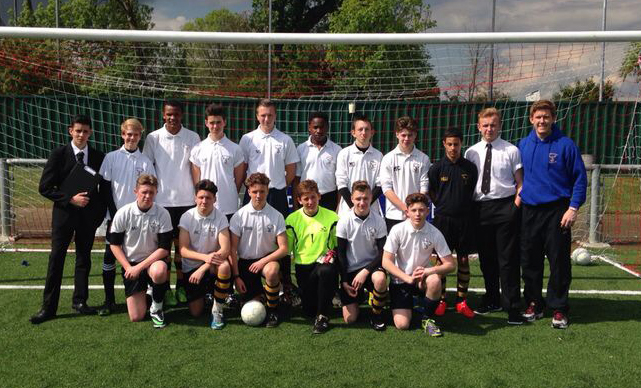 Congratulations to the Year 11 football team who won their cup final to beat King Harold at the Harlow Football Stadium by three goals to one. There was some fantastic football on display on a pitch that was suited to passing the ball. Stewards started slowly and allowed the opposition to score in the first ten minutes after giving the ball away. However once Stewards got into their stride they began to dictate the game, which was rewarded with some very well worked finishes from Mason Cook and Nosa Ediae. Well done to all of the players in the team this year, we wish you good luck for next year’s competition.