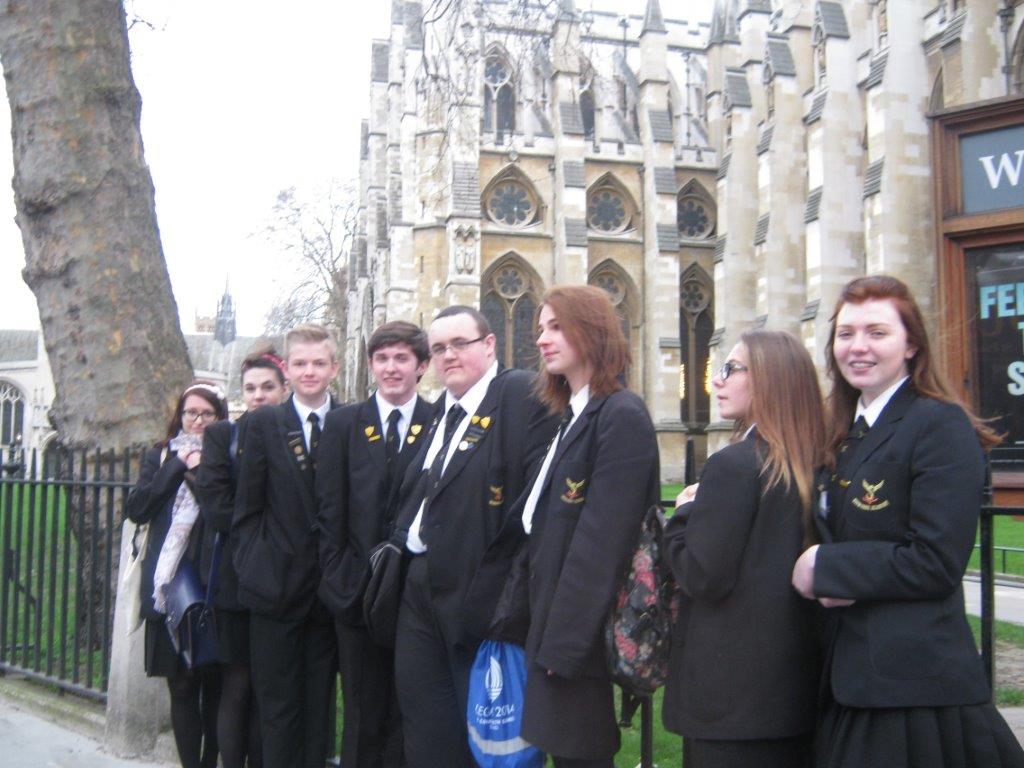 Pupils from Stewards Academy were among nearly 1000 young people from all corners of the UK in attendance at Westminster Abbey on Monday March 10th for the Commonwealth Day Observance, Britain's largest annual inter-faith gathering. The celebration was attended by Her Majesty The Queen and Their Royal Highnesses The Duke of Edinburgh, The Prince of Wales, The Duchess of Cornwall, The Earl and The Countess of Wessex. This year's Observance celebrated the 2014 Commonwealth theme 'Team Commonwealth.' This was the fourth consecutive year when Stewards pupils have had the honour of being present at this service. The pupils were treated to an inspirational speech by the now world famous schoolgirl campaigner Malala Yousafzai. Paralympian Tanni Grey-Thompson and Lord Sebastian Coe also spoke to the congregation.

The eight year 11 pupils who attended found it a very thought provoking occasion and were particularly inspired by the passion in Malala's words. Chris Waters, who took the pupils on the day, said 'It was fantastic to be part of such an important annual event and listen to the address by The Queen and the other speakers. The pupils have been a credit to Stewards Academy and they will treasure the memory of today for many years to come.'