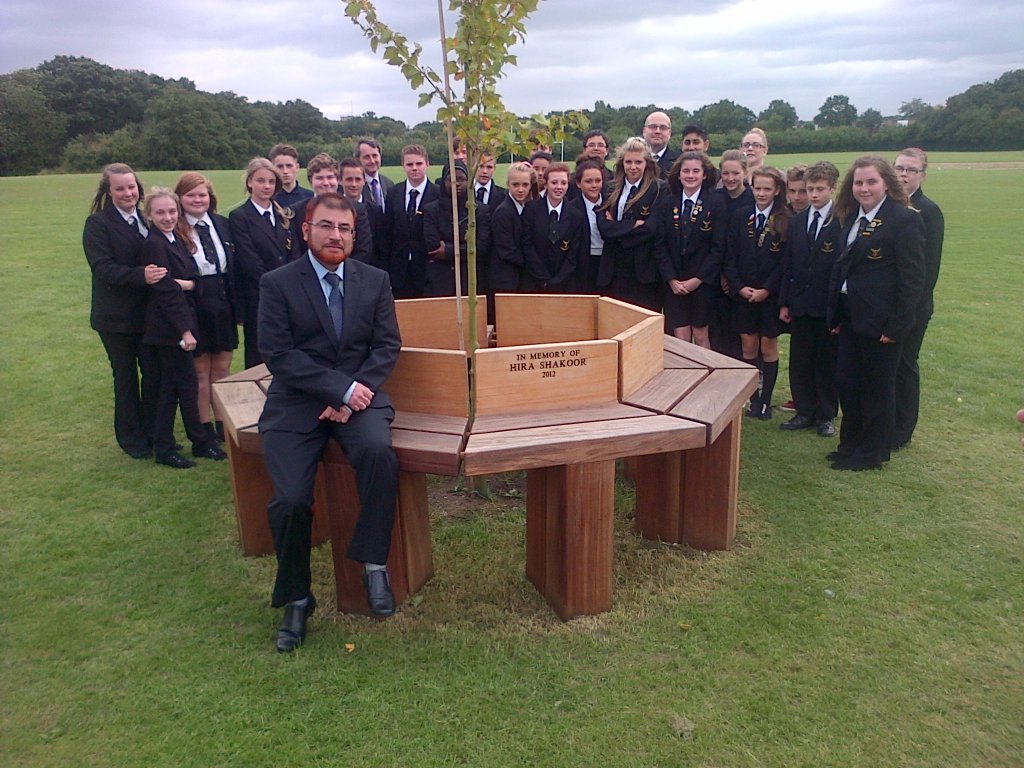 Stewards welcomed back Dr Shakoor last week as a visitor to 9CH, the tutor group which his beloved daughter Hira belonged to. It is now a year since the tragic fire which killed his wife and five children and it was an opportunity to reflect on Hira's time at Stewards Academy and give the children an opportunity to talk about Hira. The whole class took Dr Shakoor out to visit the tree which was planted and the beautiful oak bench which was built in memory of Hira, and he was very moved by the whole occasion. Dr Shakoor told the children how difficult the past year has been for him and how he would not have coped without the support of the community of Harlow and the two schools his children attended, Stewards and Abbotsweld. Next week Stewards are holding their annual Cultural Food event and all money raised will go to a charity which supports the education of girls in Pakistan. This is being done in memory of Hira and to recognise the value she placed on education.